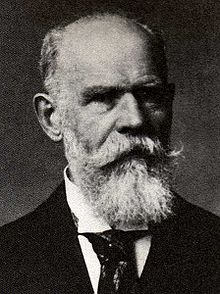 He came from the old Goslar city ​​family Siemens (mentioned in a document in 1384) and was the eldest son of the inventor and entrepreneur Werner von Siemens (1816–1892) and his first wife Mathilde Drumann (1824–1865) from Königsberg (Prussia) . Father Werner Siemens and his descendants were raised to the Prussian nobility on May 5, 1888 in Charlottenburg .

Siemens married the painter Ellen Helmholtz (born April 24, 1864 in Heidelberg ; † November 27, 1941 in Berlin) on November 10, 1884 in Berlin , the daughter of the physicist Hermann von Helmholtz and his wife Anna , a daughter of the political scientist Robert von Mohl . The marriage resulted in five children, including the later company boss Hermann von Siemens . The couple lived in the Siemens villa they built on the Kleiner Wannsee near Berlin.

Together with his brother Wilhelm von Siemens , his father made him head of the Vienna branch in 1879 and of the Berlin company Siemens & Halske in 1890. From 1897 he was chairman of the company that was converted into a stock corporation.

The Vienna branch set up by Arnold von Siemens started its own production in 1883. In 1892 the first Siemens subsidiary overseas, the Siemens & Halske Japan Agency in Tokyo, was founded. A factory for railroad engines and dynamo machines in Chicago , also built by Arnold in 1892 with two American partners, to compete with General Electric , was completely destroyed by fire in August 1894. When the First World War broke out, there were production facilities in Great Britain, Russia, Austria-Hungary, France, Belgium and Spain. Siemens had a total of 168 representative offices in 49 countries.

Arnold von Siemens was a member of the Prussian manor house .