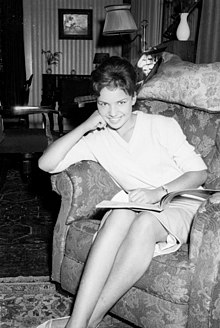 After a tailor teaching was barely sixteen due to casting the lead role in the film problem terminus love . She then took acting lessons with Marlise Ludwig and initially played in productions similar to Love at the age of twenty . She later appeared in various crime and adventure films.

While filming the western May she rest in peace , she met the American actor Mark Damon , whom she married in 1971. The marriage lasted only two years. In the course of her further career, Barbara Frey was to be seen in several television films and series.