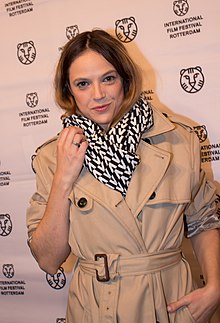 Catarina Wallenstein is the daughter of Pedro Wallenstein, a double bass player of the Orquestra Sinfónica Portuguesa , and the opera singer Lúcia Lemos. Her uncle is the actor José Wallenstein and her grandfather is the actor Carlos Wallenstein . She was trained in singing and cello. Already in her youth she performed at the Teatro Nacional de São Carlos . She attended a French school with Lycée Français Charles Lepierre and then studied drama at both the Escola Superior de Teatro e Cinema and the Conservatoire national supérieur d'art dramatique .

Wallenstein became known to German-speaking audiences in particular through her portrayals in the two films The Day That Changed Everything and the characteristics of a young blonde . In 2009 and 2010 she was nominated as best actress for the Portuguese media award Globo de Ouro , and in 2010 she received an award for her portrayals in A Vida Privada de Salazar , Peculiarities of a Young Blonde and Um Amor de Perdição .