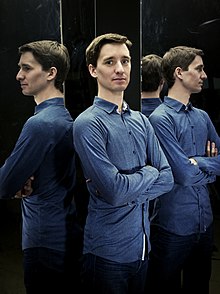 Schreiner took his first acting lessons at the age of five. He later took lessons at the Graz Opera House and with Michaela Obertscheider. Since 2000 he has taken over 300 hours of improvisational theater training. He also passed the Matura at the Graz International Bilingual School in summer 2007 .

He made his debut as a cabaret artist in autumn 2004. His first solo program fort.UND.weg premiered in 2005, for which he received the Grazer Kleinkunstvogel . This makes Schreiner the youngest winner to date of the Grazer Kleinkunstvogel. In 2006 he was awarded the jury prize at the Freistädter Frischling . As a result, he was engaged as an actor at several theaters in Austria and in German-speaking countries, for example at the Schauspielhaus Graz , the Theater Phönix and the Landestheater Linz as well as in Switzerland at the Sommertheater Winterthur . Schreiner had his first film role in 2007 in the Bavaria-Film-Produktion Lilly Schönauer - Liebe gut vorzuged .

In addition to his solo cabaret programs, Schreiner was on tour with the Long Night of Cabaret for several years , and he also acts as a presenter at events.

In the ORF he started to operate in 2016 as a member of the regular rate team What's new? to see, he also had appearances in the ORF cabaret formats Pratersterne and Cabaret Summit as well as in Bavarian radio.

Since December 2019 he has been moderating the TV show Fact or Fake on ORF 1 .