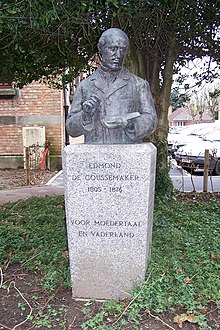 He is known, among other things, for his copy of the manuscript 222 C 22 in the old Strasbourg city ​​library . The original of this manuscript from the beginning of the 15th century burned during the siege of Strasbourg in 1870 . With his copies, he handed down the most important motets of the Middle Ages and around 55 of 200 chants by Anonymous IV , but all of them were not entirely flawless. In musicological research, it must always be kept in mind with Coussemaker that it is a second-hand source that must be used with caution.