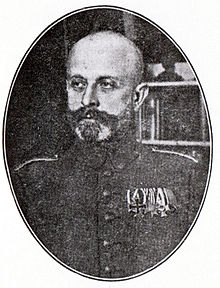 Eduard Clausnitzer was born in Annaburg in what was then the Torgau district and attended school there until 1879. He then moved to the Königliche Friedrich-Wilhelm-Gymnasium in Berlin, where he stayed until 1890. Clausnitzer then studied theology , history and economics until 1894 and passed both theological exams, the philological doctoral examination and the rector's examination. During this time, Clausnitzer began his first work, The Brandenburg Stands under Johann Sigismund , which appeared in 1895.

After teaching for a year as a teacher, he entered the seminary in April 1899. At this point in time the two books The Elementary School Pedagogy of Frederick the Great and the Prussian Education Administration of His Time and On the History of the Prussian Elementary School under Frederick the Great , which appeared in 1901, were created. A short time later he moved to Halberstadt , where he initially worked as a temporary seminar teacher. In the following years Clausnitzer also worked as a seminar teacher in Delitzsch and Berlin. From June 1903 he was employed as a seminar teacher in Oranienburg and in October 1908 in Uetersen , where he later took over the management of the municipal preparatory institute , today's Ludwig-Meyn-Gymnasium .

In April 1911, Clausnitzer was transferred to the newly founded seminar in Kiel as a senior seminar teacher, where he presented his self-written commemorative publication for the inauguration of the new building for the royal teacher seminar. Although Clausnitzer worked continuously as a teacher and rector, he always found time to write educational and economic books. He died on June 12, 1920 at the age of 49.