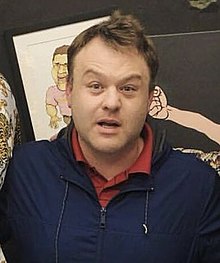 Frank Caliendo grew up in Waukesha , Wisconsin , where he attended Waukesha South High School . He studied at the University of Wisconsin – Milwaukee , where he graduated in 1996 with a degree in mass communications, with a focus on television journalism. During his studies he began to appear as an MC and comedian.

Caliendo made his television debut in 2000 when he appeared on the sketch show Hype alongside Jennifer Elise Cox and Nadya Ginsburg . After only one year he was hired to replace Will Sasso as a permanent member of the comedy show MADtv , where he regularly imitated celebrities such as John Madden and George W. Bush alongside Michael McDonald and Ike Barinholtz .

Caliendo has been married since 2003 and has two children.