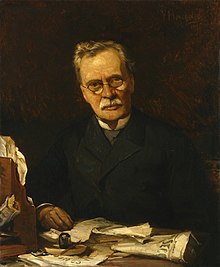 Pratt graduated from Haileybury College near Coventry and London University , where he studied oriental languages. He worked for the East India Company and the Bengali government for 14 years and returned to England in 1861.

In 1880 he founded the International Arbitration and Peace Association (IAPA) in London and visited many European cities as its representative, for example Berlin , Frankfurt , Paris , Copenhagen , Stockholm , Budapest , Milan and Rome . He headed the British delegation to the Peace Congress in Brussels in 1882 , which was attended by over 500 delegates from many countries. In 1883 he gave Henri La Fontaine the impetus to found the Belgian Society for Arbitration and Peace . Together with Franz Wirth , he founded the Frankfurter Friedensgesellschaft in 1886 .

Pratt was nominated for the Nobel Peace Prize in 1906 , which instead went to US President Theodore Roosevelt .