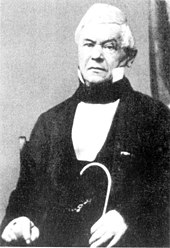 After the March Revolution on April 8, 1848, the old estates determined a new right to vote, according to which a state parliament was elected, which should primarily serve as a constituent assembly. Twelve MPs were elected indirectly in six two-person constituencies. The constituencies were:

In addition, two MPs from Pyrmont were included in the deliberations.

The MPs so designated were:

Members of the Waldeck-Pyrmont Landtag