From 1625 the Principality of Waldeck and the County of Pyrmont were linked in personal union. In terms of constitutional law, however, both principalities were separate in the old empire . In Waldeck there had been estates since the formation of the principality , in Pyrmont it was unknown whether the estates were involved.

After the wars of liberation

On January 28, 1814, Prince Georg Heinrich issued a constitution , the Organizational Edict . In this imposed, d. H. Without the participation of the estates or the people, Georg Heinrich carried out the constitutional unification of the Principality of Waldeck with the Pyrmont, which has been known as the Principality since 1807. He confirmed the rights of the Waldeck estates and instructed that four members from Pyrmont should now also be assigned to them.

This regulation provoked a storm of protest among the Waldeck estates. The president of the estates, Carl Friedrich von Dalwigk, was the spokesman for the opposition, which ultimately enforced that Georg Heinrich had to confirm the constitutional separation of Waldeck and Pyrmont in the convention of July 3, 1814.

In 1814 and 1815 there were state estates (deputation days) under the old law. The result of the negotiations between the prince and the estates was the constitutional charter for the principality of Waldeck from April 19, 1816, the so-called state treaty . In relation to the state parliament, it largely referred to the existing law. A representation of Pyrmont was no longer planned.

In the German Confederation

The German Federal Act , the founding document of the German Confederation , called for in Article 13 the formation country permanent constitutions. The state treaty was generally seen as an implementation of this obligation.

The election of the representatives of the peasant class took place indirectly through electors . For this purpose, each parish elected an elector under the chairmanship of its clergyman. He must be a “man who loves order and who generally deserves trust through moral conduct”. In addition, the state treaty required that he must be of legal age, innocent, landowner and known as a good landlord. The electors then elected two deputies per senior office, chaired by the state counsel and the head of the respective higher judicial office.

The estates met only three times from 1816 to 1848. In between, they made the decisions by circular resolution under the direction of the Land Syndic, the President of the Chamber. 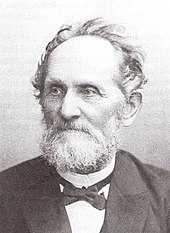 The March Revolution also hit Waldeck-Pyrmont. On April 3, 1848, the state estates were convened to pass an election law for the newly elected Waldeck-Pyrmonter Landtag. Two representatives of Pyrmont were invited to this. The result of the deliberations was the state constitution for the principalities of Waldeck and Pyrmont of May 23, 1849. This constitution (designed by Wolrad Schumacher ) provided for a largely unified state of Waldeck-Pyrmont, whose legislature was to be a state parliament made up of 15 democratically elected members. However, separate national budgets should continue to exist for both principalities. The deputies were elected by secret ballot in one-person constituencies .

At the same time, a special state parliament for the Principality of Pyrmont was elected in Pyrmont in 1848. This state parliament, which consists of five members, also approved the constitution. It existed until the state budgets were unified in 1863/65.

After the German war

With the accession agreement of 1867, Waldeck-Pyrmont ceded essential rights to Prussia after the German War . For the state parliament, the right to vote was changed to the effect that the right to secret elections and direct elections no longer existed.

In the aftermath of the November Revolution of 1918, Prince Friedrich was deposed and Waldeck-Pyrmont was declared a Free State . The state parliament was dissolved on April 2, 1919 and replaced by the Waldeck-Pyrmont state representative body. However, no constitution was passed. Instead, a connection to Prussia was discussed. On November 30, 1921, after a referendum , Pyrmont was ceded to Prussia and became part of the Hameln-Pyrmont district .

Waldeck remained independent as a Free State until April 1, 1929 . Elections to the state parliament took place in 1922 and 1925. In 1929, Waldeck was also incorporated into Prussia as part of the Hesse-Nassau province . The Landtag was succeeded by the Kurhessische Kommunallandtag or the Provincial Parliament of Hessen-Nassau .

The state parliament had its seat in today's house of the Domanialverwaltung (Schloßstraße 28) opposite the Residenzschloss in Arolsen . After 1919 the state representative used the current town hall of Bad Arolsen.

In the principality of Waldeck or Waldeck and Pyrmont

In the Principality of Pyrmont

Diets in the Weimar Republic