After graduating from high school , Miklós Vámos was initially not allowed to study for political reasons. He worked as a typesetter , did his military service and was a member of a rock band. Then studied at the Eötvös Loránd University 1970-1974 Jura . After completing his doctorate, he was a dramaturge in a film studio. He had his first publications in 1969. From 1975 to 1988 he was editor of the literary weekly Élet és Irodalom (Life and Literature) . He has written plays as well as screenplays for a number of films. Vámos has lived in the United States for a long time and speaks several languages. In Hungary Vámos is now a media star with his own talk show ( “Lehetetlen” (“Impossible”)). He is a member of the Hungarian PEN Club.

Vámos' family saga about three hundred years of Hungarian history , The Book of the Fathers , has been translated into several European languages.

Vámos has one daughter and lives in Budapest with his current wife and two sons. 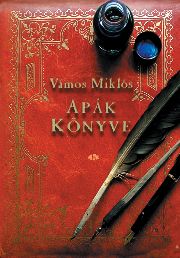 in Hungary among many others: