The cities of China directly under the government ( Chinese  直轄市  /  直辖市 , Pinyin zhíxiá shì ) are administrative units at the provincial level.

They are not provinces, but have the same rank as provinces and autonomous regions and are directly subordinate to the central government of the People's Republic of China .

Since China is a unitary state , the provinces are not member states (such as the German or Austrian states) and the cities directly under the government are not city-states (such as Berlin , Hamburg or Bremen ). 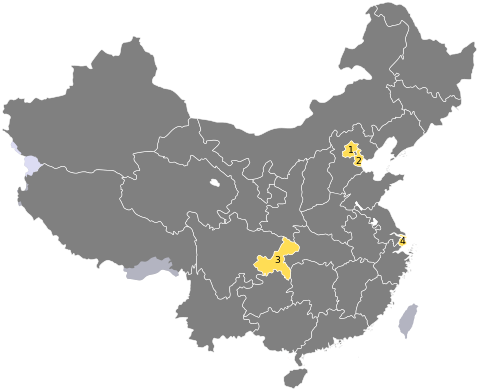 There are currently four cities under government. These are: