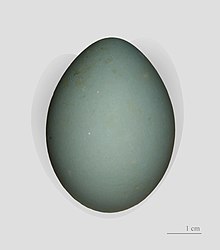 In search of food

Distribution areas of the little egret:

The little egret ( Egretta garzetta ) belongs to the heron family from the order Pelecaniformes . There are four subspecies. The species has a very large range. In Central Europe, the main area of ​​distribution is in Hungary, but there are also small local settlements in all other Central European countries.

The little egret is much smaller than the gray heron and great egret . He reaches a height of 55 to 65 centimeters and weighs between 280 and 710 grams. The wingspan is about 90 centimeters. There is no sexual dimorphism .

The plumage is completely white, but the beak and legs are black. The feet are yellow. The bare skin of the reins is gray to gray-greenish. At Hochbalz it is briefly bright purple. It flies like all herons with an S-shaped curved neck.

In its splendid dress , the little egret wears a head of fine decorative feathers, to which it probably owes its name. From Egrets him distinguish its yellow feet except the size and black beak.

The distribution area of ​​the little egret extends from southern Europe and north, west and South Africa as well as Madagascar over Asia Minor to Japan. The species is also found in southeast Asia, New Guinea and Australia, and in small numbers in New Zealand.

In Europe, the little egret is particularly widespread in southern Europe, but has been advancing further north in recent years. In Germany it is to be found less often than great egret or purple heron, but regularly observed in small numbers. The little egret is a short to medium distance migrant or resident bird, depending on the geographical location of the occurrence. Most European breeding birds are migratory birds, but the proportion of resident birds in the population varies where the climate permits. It winters on the Atlantic coast of England , France and the Iberian Peninsula as well as in North Africa and Turkey . However, stocks drop in unusually cold winters. Otherwise the birds migrate to the northern tropics of Africa. One of the longest documented migration routes is the migration of breeding birds from the Camargue to Mali, Gambia and Ghana, from Spain to Guinea, from Hungary to Sierra Leone. Two crossings of the Atlantic are also proven. Breeding birds from Spain were found in Trinidad and Martinique. European breeding birds usually migrate south and southwest, migration begins in August and can last until the first half of December. They return in March, so that migratory birds of the European breeding colonies occupy their breeding grounds from around April. Since the species has a tendency to migrate, individual individuals are often found north of the normal breeding area in spring and summer.

The little egret likes to hang around in shallow, mixed ponds and ponds that are as surrounded by bushes and forested as possible. It requires extensive open, shallow water areas and near-natural floodplain areas. Since it prefers to find its food in shallow water, it is now often found in rice fields or on shallow fish ponds. Similar to the cattle egret , it occasionally joins large mammals grazing.

The little egret is a diurnal bird that lives sociable both on the roost and while foraging for food. Little Egrets use a number of different foraging tactics. As a rule, they are active hunters who, for example, scare away prey with vibrating foot movements or quickly pass through shallow water and swamp meadows. Little Egrets, spotted foraging in Kakadu National Park, Australia , spent 59.8 percent of their time waiting motionless for prey. While actively searching for food, they slowly moved an average of 5.8 meters forward, tried to grab prey more than twice a minute and were successful in more than 54 percent of the cases. The success in foraging for food is higher in group hunting than in individual foraging. They eat small fish, frogs, lizards, worms, mollusks and aquatic insects.

Little Egrets reach sexual maturity in their first year of life. Presumably they have a monogamous seasonal marriage. The nest is preferably created in mixed heron colonies. The nest distance is often less than two meters. The male defends a small territory only after mating with a female.

The male enters the nesting material that is built by the female. Laying begins in Europe from mid / late April. In Hungary there are a few occasions even in August. The clutch comprises three to five eggs. The laying interval is one to two days. The eggs are long-oval and greenish-blue, they pale a little during the breeding season. The breeding season lasts 21 to 22 days and begins when the first egg is deposited. Both parent birds are involved in the brood. The nestlings are fed by both parent birds. Young birds leave the nest after thirty days and move to nearby branches. With 40 to 45 days of life, the young birds are fully fledged. The oldest ringbird found so far reached an age of 22 years and four months.