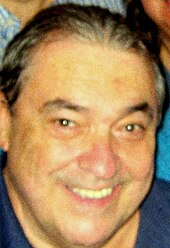 Cortez attended the Conservatory of his hometown from the age of six and later studied at the Conservatorio Chopin in San Raphael with Robert Whermouth . In 1957 he was the singer of the Orquesta Arizona , led by Ricardo Ortíz and Luis Pasquier , and founded his own folklore group. In 1958 he began to study law in Buenos Aires, which he soon broke off in favor of a musical career.

He became the singer of the Orquesta San Francisco and went on a European tour with it. His first recordings were made in 1960, and between 1962 and 1967 he released four albums a year with titles such as the famous Sucu Sucu, Las palmeras, Dile, Renata, Me lo dijo Pérez, Balada del amanecer and Mini minifalda.

In 1967 he presented himself at a concert at the Teatro de la Zarzuela in Madrid as a cantor based on the model of his compatriots Eduardo Falú and Atahualpa Yupanqui . The first album of this new stage was El compositor, el cantante (1969); followed Distancia , No soy de aquí , Equipaje and more. Cortez adapted Facundo Cabral's Pobrecito mi patrón , sang duos with Patxi Andión and sang Violeta Parras Gracias a la Vida . His composition by Antonio Machado Las moscas became known in Spain in the interpretation of Joan Manuel Serrat . For the album Soy un charlatán de feria (1976) he set poems by Jorge Luis Borges to music for the first time .

He released a compilation of his most successful songs in 1977 on the album En vivo desde Madrid . For the tango album Gardel ... como yo te siento (1984) he worked with Astor Piazzolla , on the album Coincidencias (1990) he sang duos with Joan Manuel Serrat, Mercedes Sosa , Paco de Lucía , Facundo Cabral , Susana Rinaldi and others. In 1992 he recorded the album Aromas in Los Angeles under the direction of Bebu Silvetti .

On tours through Latin America and the USA, Cortez performed at the Teatro Colón and Carnegie Hall, among others . He made his debut at the Teatro Reina Victoria in 1995 with Lo Cortez no quita lo Cabral , which had 75 performances. In 1998 he recorded seventy of his songs in Madrid with the pianist Ricardo Miralles . In 2003, the album Después del amor was created under the musical direction of Tino Geiser . In 2004 he recorded Alberto Cortez Sinfónico with the Houston Symphony Orchestra .