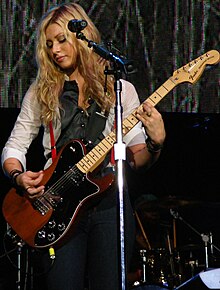 Michalka played in the American television series Phil of the Future , the Keely Teslow and in the Disney Channel movie Now you see it , to which she and her sister Amanda Michalka also the theme song Do you believe in Magic sang. She also sang the title song Walking on Sunshine from the Disney film Herbie: Fully Loaded , which was released in German cinemas in August 2005, with her sister .

In August 2005, Alyson and Amanda's (also known as Aly & AJ or 78violet) album Into the Rush came out in America , Acoustic Hearts of Winter in September 2006 and Insomniatic in July 2007 .

The sisters also sang the theme song No One for the movie Die Eisprinzessin .

She also starred in the 2006 film Party Girls on a Mission .

In 2008 Michalka shot the film Bandslam with Vanessa Hudgens , which was released in 2009.