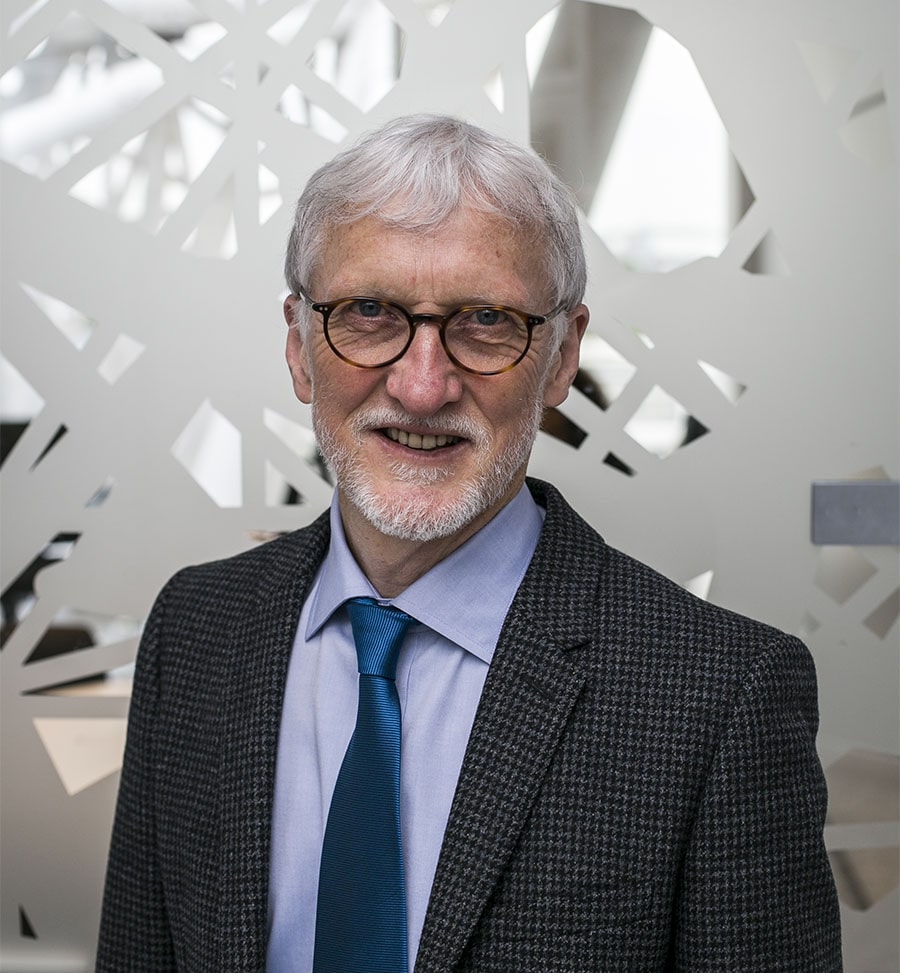 Iain William Mattaj (born October 5, 1952 in St Andrews ) is a British biochemist and molecular biologist and was Director General of the European Molecular Biology Laboratory (EMBL) between 2005 and 2018 .

Mattaj studied at the University of Edinburgh (bachelor's degree) and received his PhD in biochemistry from the University of Leeds in 1990 with John Wooton with a dissertation on glutamate dehydrogenase. As a post-doctoral student he was at the Friedrich Miescher Institute and the University of Basel. In 1985 he became a group leader at EMBL in Heidelberg. In 1990 he became coordinator of the gene expression unit there. He became Scientific Director in 1999 and Director General in 2005, a position he held until the end of 2018.

He initially dealt with ribonucleoproteins (RNP), which process the precursors of m-RNA . This led to studies of the transport of RNA and proteins between the nucleus and the cytoplasm. Later he dealt with the mechanism of mitosis and its regulation and the role that enzymes such as Ran GTPase play including the structure of the spindle apparatus , structure of the cell nucleus and pores in the cell nucleus.

In 2001 he received the Louis Jeantet Prize and in 2012 he was a recipient of the Feldberg Foundation . He is a Fellow of the Royal Society of Edinburgh and the Royal Society (1999), a member of the Leopoldina (2005), the American Academy of Arts and Sciences (2002), the EMBO (1989), the National Academy of Sciences (2017) and the Academia Europaea . Mattaj was President of the RNA Society. He holds honorary doctorates in Edinburgh (2010), Dundee (2012) and Umeå (2013) and is an honorary professor at Heidelberg University.