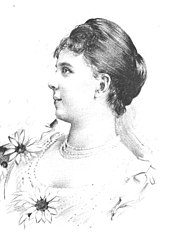 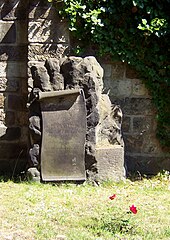 Irene Edle von Chavanne, born as the daughter of the kk major i. R. Joseph Ludwig Edler von Chavanne (born December 6, 1806 in Olmütz / Olomouc; † October 25, 1887 in Graz) from his second marriage to Juliana Edlen von Krisch (born January 20, 1831 in Graz on July 5, 1862) Teschen; † March 23, 1903 in Dresden), was supposed to be a pianist, but her piano teacher WA Rémy discovered her vocal talent and advised her to study singing. Then she received her education, financed by Empress Elisabeth of Austria, at the Conservatory of the Society of Friends of Music in Vienna with Johannes Ress . She then studied in Paris with Désirée Artôt de Padilla and in Dresden with Adeline de Paschalis Souvestre. She made her debut in April 1885 at the Royal Opera of Dresden , where she sang until the end of her career in 1915. She was also made an honorary member of the opera.

She died in Dresden in 1938. Her grave is in the Old Catholic Cemetery .