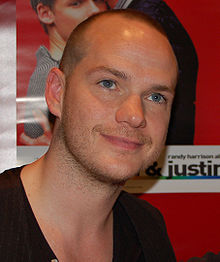 After several years roaming the country as a member of large theater groups, he finally moved to Los Angeles in 1996 and began appearing on television series such as Susan and Will & Grace . In 2000 he was given a leading role in the series Queer as Folk , which he played until it was discontinued in 2005.

Paige has also been a screenwriter since 2005. As such, he co-developed the series Fly Girls and The Fosters , and he was also involved in the miniseries Tut (2015). In 2005 he made his directorial debut with the film Say Uncle . Leaving Barstow followed in 2008 .