The title of this article is ambiguous. Further meanings are listed under Reichsgesetzblatt (definition of terms ) .

Title page of the first complete edition of the Reichsgesetzblatt 1871 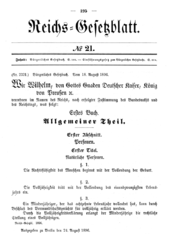 Proclamation of the Civil Code (1896) 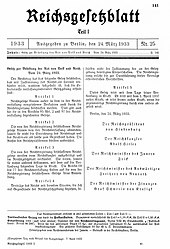 Unless otherwise stipulated, Reich laws only came into force "on the fourteenth day after the end of the day on which the Reichs-Gesetzblatt was issued in the Reich capital ".

A summary of the currently valid laws with all incorporated changes appeared as the German Reich Code for the first time around 1900.