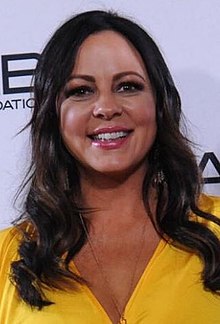 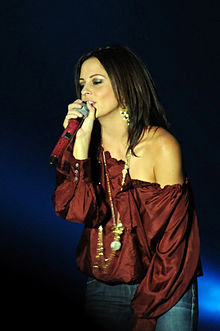 Sara Evans grew up on a farm in Missouri. She started making music at the age of four. Only a little later she appeared for the first time with two siblings as the Evans Family Band . At sixteen, she would perform on the stage of a local dance hall every Saturday night.

In 1991 she moved to Nashville , where she initially worked as a waitress. Here she met the musician Craig Schelske. She joined his band and married him two years later. The group went on extensive tours. In 1995 Evans returned to Nashville. The well-known songwriter Harlan Howard became aware of them and brokered a record deal with the RCA label.

Her first album, Three Chords and the Truth , was released in 1997. It received good reviews and earned her an Academy of Country Music Awards nomination, but was not very successful commercially. She made her breakthrough with her second album No Place That Far , which was gilded after the single of the same name conquered the top spot in the country charts and was also able to place itself in the pop hit parade. Evans composed some of the songs on this album himself. Well-known greats of the country scene worked on the recordings, including Vince Gill , Martina McBride , George Jones , Alison Krauss and Jamie O'Hara .

In 2000 she reached number one in the country charts again with the single Born to Fly, which was released from her third album . The accompanying video was named "Video of the Year" by the Country Music Association in 2001. The album itself achieved double platinum status.

In 2017 Evans founded her own record label, Born to Fly Records. Words was the first album to be released in the same year .