Universal Studios , also known as Universal Pictures or, less commonly, Universal City Studios , is a film production subsidiary of the NBC Universal media group . The company is one of the so-called major studios , the five largest film companies in the United States . It was founded in 1912 by the German emigrant Carl Laemmle .

The production studios are located in Universal City , Los Angeles County , between Los Angeles and Burbank . An amusement park of the same name was created around the studios, which complements the studio tours that have been offered since the 1960s and has become a tourist attraction. There are also sales and administration offices in New York City .

The name Universal was first registered as a stock corporation by Carl Laemmle, originally from Laupheim ( Kingdom of Württemberg ), in 1912 when he founded the Universal Film Manufacturing Company . Carl Laemmle founded his first film company, the Independent Motion Picture Company, on the east coast in 1910 , but soon relocated its production location from the east to the west coast of the USA. Here the weather was better for outdoor shots and the wages were lower. In a deserted area near Los Angeles, now known as Hollywood, Carl Laemmle bought 170 acres of an old chicken farm and opened Universal City Studios here on March 15, 1915. Universal Studios were the first film studios in Hollywood. From the 1930s onwards, Universal coined the term universal horror with B-movie horror films .

Change of ownership from 2004

Heavily indebted, Vivendi Universal sold in 2004. 80% of Vivendi Universal Entertainment (including studios and theme parks) to General Electric, NBC's parent company. The resulting media super company was renamed NBC Universal , while the name Universal Studios Inc. was continued by the production subsidiary. While some doubts have been expressed as to whether the for-profit General Electric Company and the quality-conscious Hollywood company could co-exist, since 2007 it has been proven that the combination works. The restructured "Universal" film conglomerate experienced several financially successful years. Upon closing, GE owned 80% of NBC Universal with Vivendi holding the remaining 20% ​​with an option to sell its stake in 2006. GE acquired Vivendi's stake in NBCU in 2010 and in return sold 51% of the company to cable operator Comcast. Comcast merged the previous GE subsidiary shares and its own shares in cable television, resulting in the current NBCUniversal . Following the FCC approval, the Comcast GE deal was closed on January 29, 2011.

GE sold 51% of the company to cable operator Comcast in 2011 . Comcast merged the former GE subsidiary with its own cable television programs, creating what is now NBCUniversal . After approval by the Federal Communications Commission (FCC), the Comcast-GE deal was closed on January 29, 2011. In March 2013, Comcast bought the remaining 49% of NBCUniversal for $ 16.7 billion.

In September 2013, Adam Fogelson was removed as co-chair of Universal Pictures, promoting Donna Langley to sole chair. In addition, NBCUniversal International Chairman Jeff Shell has been named chairman of the newly formed Filmed Entertainment Group. Longtime studio boss Ron Meyer would step down from oversight of the film studio and be named vice chairman of NBCUniversal, advising CEO Steve Burke on all matters relating to the company's business. Meyers remains in charge of Universal Parks and Resorts.

Universal's multi-year film finance agreement with Elliott Management expired in 2013. In the summer of 2013, Universal entered into an agreement with Thomas Tull's Legendary Pictures to distribute their films for five years starting in 2014 (the year that Legendary's similar agreement with Warner Bros. Pictures ends).

In June 2014, Universal Partnerships took over the licensing of consumer products for NBC and Sprout, in the expectation that all licensing would eventually be centralized within NBCUniversal. In May 2015, Gramercy Pictures was revived by Focus Features as a genre label focusing on action, sci-fi, and horror films.

On December 16, 2015, Amblin Partners announced that it had entered into a five-year distribution agreement with Universal Pictures under which the films would be distributed and marketed by either Universal or Focus Features.

In early 2016, Perfect World Pictures announced a long-term co-financing agreement with Universal, marking the first time a Chinese company has invested directly in a multi-year slate deal with a major US studio.

On February 15, 2017, Universal Pictures acquired a minority stake in Amblin Partners, strengthening the relationship between Universal and Amblin and reuniting a minority percentage of the DreamWorks Pictures label with DreamWorks Animation. 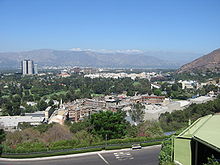 Universal also owns the entire October Films archives and the 1996-1999 films of PolyGram Filmed Entertainment (MGM owns most of the PolyGram films from before 1996) and (through parent company NBC Universal) many of the post-1973 NBC-TV -Series and TV movies.

Universal also has some films from other studios, including United Artists material from before 1952, a Hitchcock film originally released by Warner Bros. ( Cocktail for a Corpse ), and the UK rights from much of the RKO -Pictures -Archive.