Burbank is a city in Los Angeles County in the US state of California , United States , with 103,340 inhabitants (as of 2010). The urban area has a size of 45 km² and is surrounded on three sides by the metropolis of Los Angeles . It is just north of the foothills of the Santa Monica Mountains . 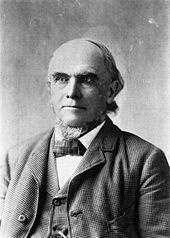 The settlement of Burbank was founded by David Burbank , who bought the land in 1867 and started a sheep farm around the settlement. The place became a city in 1887. The seat of the city administration is the Burbank City Hall , which was built from 1941 to 1943 . Burbank is one of the few communities in the San Fernando Valley that has retained its independence from Los Angeles. The reason for this is that Burbank has its own drinking water reserves, while most of the surrounding communities had to pay for the connection to the water supply with the loss of their independence at the beginning of the 20th century.

The settlement of the Lockheed Aircraft Company contributed to the growth of the city from 1928 . In the same year, the Angeles Mesa Drive Airport , now known as Hollywood Burbank Airport, opened in Burbank . Well-known media companies such as the Walt Disney Company and Warner Bros. are also based in Burbank. Various series and films are set in Burbank, including a. Chuck .

Props from Cold Case - No Victim Is Forgotten and The Karate Kid are on display at the Martial Arts History Museum on Magnolia Boulevard. In the media section it shows the history of Asian martial arts. A memorial in McCambridge Park honors the US soldiers of World War II . Just west of the city center is the St. Robert Bellarmine Church , a Catholic church with an attached school.