The Vivendi SA (December 2000-April 2006 Vivendi Universal ) is the largest French media group, which is partially operates internationally in the fields of music, television, film, publishing, telecommunications and Internet. It is traded on the Paris Stock Exchange and listed in both the CAC 40 and the Euro Stoxx 50 .

The company, whose roots go back to the 19th century, achieved dubious fame with a record loss of over 23 billion euros in the 2002 financial year - the highest loss a French company had to cope with up to that point.

The change of CEO in 1976 marked a change in the company's strategic direction. The CGE began to take over smaller companies and from 1980 was also active in other sectors: sewage and waste recycling, energy supply, transport services, construction and real estate trading.

In 1983, the CGE helped found Canal + , France's first pay-TV broadcaster . From 1996 onwards, a new CEO shaped a new expansion course for the CGE; the establishment of Cegetel formed the basis for entering the telecommunications and mass media business.

In 1998 the company changed its name to Vivendi , with which the traditional name Compagnie Générale des Eaux or the now much more common abbreviation CGE disappeared. Vivendi employed 190,300 people in France alone and had a turnover of 167 billion francs in the same year.

The telecommunications market, which was liberalized in France in the same year, helped Vivendi to accelerate growth through its subsidiary Cegetel and led to a further strengthened orientation towards the media group. On the one hand, additional companies were acquired in part or in full, on the other hand, existing commitments were outsourced to independent companies or sold; In 1999 Vivendi separated from construction and property management.

A profound change followed in July 2000: the environmental technology sectors (water, waste disposal, energy, transport), which had been the company's core segment for years, were outsourced to the independent company Vivendi Environnement and listed on the stock exchange (IPO in Paris in July 2000, IPO in New York in October 2001). All employee shares were transferred to the high-risk division Vivendi Universal . While Vivendi changed the name to Vivendi Universal less than six months later , the renaming from Vivendi Environnement to Veolia Environnement did not take place until 2003.

In December 2000, the remaining part of the Vivendi group - the media and telecommunications divisions - merged with the Canal + group and the Canadian Seagram , owner of the former MCA companies Universal Music and Universal Studios . The merger resulted in Vivendi Universal (VU), the largest French media group, which controlled Universal Music, the world's largest record company, and one of the six major studios in Hollywood via Universal Studios . As a result of the merger, the family around Edgar Bronfman jun. , who already controlled Seagram, is the largest single shareholder in Vivendi Universal.

While the first financial year of the new media group passed practically unnoticed, in 2002 various financial problems piled up that could no longer be concealed. The company began restructuring and selling various holdings - the stake in Vivendi Environnement was reduced to 40% - while CEO Jean-Marie Messier reiterated that it was just a few difficulties.

Messier had to leave the company in July 2002 and a profound restructuring had to be initiated to avert the threat of bankruptcy. Further sales followed, and the stake in Vivendi Environnement was reduced to 19.6%. Jean-Bernard Lévy became the new CEO in 2002 .

When the annual report for the 2002 financial year was published on March 6, 2003, the true extent of the "difficulties" became public: the company posted a loss of 23.3 billion euros and had a net debt of 12.3 billion euros. In order to get out of the financial misery, it was planned to sell parts of the company worth 7 billion euros in the course of 2003.

The announcement of the sale of such expensive parts of the company made it clear that it must be one of the larger former parts of Seagram. Since the Universal Music Group (UMG) was already the largest company in its branch and operated profitably, Vivendi Universal Entertainment (VUE) moved into the center of attention. Vivendi Universal and the National Broadcasting Company (NBC) announced as early as May 2003 that they had fundamentally agreed on the takeover of VUE and the future of the Universal Studios Holding , which controls it , and that the deal would be approved by the various antitrust and competition authorities must.

On October 8, 2003, NBC's parent company General Electric (GE) and Vivendi Universal signed the definitive agreement to create NBC Universal (NBCU) through the combination of NBC and VUE. The contractually agreed merger was completed on May 11, 2004, after the approval of all the relevant authorities. NBC Universal began operations on May 12, 2004.

On April 20, 2006, the shareholders decided at the general meeting to change the name of the company back to Vivendi . This was accompanied by the introduction of a new corporate identity .

On September 6, 2006, it was announced that Bertelsmann is selling its music publisher BMG Music Publishing to Vivendi for 1.63 billion euros. With this purchase Vivendi became the largest music publisher in the world.

On November 2, 2007, Vivendi boss Jean-Bernard Lévy announced that the company would buy the US company Activision. That acquisition created a gaming giant that was worth $ 18.9 billion, according to the company. The company was then called Activision Blizzard , with Vivendi taking over the majority. Among other things, it paid $ 1.7 billion in severance pay to Activision shareholders. This gave Vivendi a 62% stake. However, the company remained listed on the stock exchange.

In December 2009 Vivendi sold its 20 percent stake in NBC Universal to General Electric, which then sold 51 percent to Comcast .

In the summer of 2012, Jean-Bernard Lévy handed over the chairmanship of the company to Jean-François Dubos .

From January 2013 to December 2016 Vivendi was active on the German video-on-demand market with the provider Watchever GmbH. With the service you could watch films and series as a video stream for a monthly fee , similar to the competitors Lovefilm and Maxdome . The differentiating features were the broad support of various playback devices and the frequent availability of the original sound. The launch was advertised in particular in the Axel Springer media Bild or Computer Bild . However, on July 22, 2016, the discontinuation of the service at the end of 2016 was announced.

By the end of December 2016, Vivendi increased its share of shares and voting rights in the Italian media group Mediaset to almost 30% each.

The French advertising agency Havas has been part of Vivendi since October 1, 2017 , the merger came about through a family agreement, Havas CEO Yannick Bolloré discussed the fundamental merger with his father and chairman of Vivendi, Vincent Bolloré .

Together with the Universal Music Group , the recording company with the world's largest share of the music market, and the Universal Studios holding company, Vivendi controls one of the six major studios in Hollywood. The "Universal Music Group" (UMG) is a major label . It emerged in 1995 from the takeover of the Music Corporation of America (MCA) by Seagram and the acquisition of Polygram in 1998. Since then, UMG has been the company with the largest share of the music business worldwide and in 2005 had a global market share of 25.6%.

The German branch in Berlin was a founding partner of the Popakademie Baden-Württemberg GmbH in 2003 . The aim of the commitment is the well-founded training of future management trainees as part of the bachelor's degree in music business.

The Canal + Group is one of the largest European pay TV providers with 230 TV channels and teleservices (2003). Canal + is the market leader with around five million subscribers in France .

The group also includes the StudioCanal company, with a focus on film distribution, film production and film rights trading. StudioCanal owns the world's third largest movie library. At the beginning of 2008, StudioCanal took over the German Kinowelt group.

Watchever was the flat-rate video-on-demand service (online video portal) with which Vivendi wanted to gain market share in German-speaking countries since 2013 with large advertising expenditure against Maxdome ( ProSiebenSat.1 Media ) and Lovefilm ( Amazon ). The offline mode for mobile consumption without an internet connection and, above all, the provision of the content on all relevant end devices (especially Apple), in HD and optionally in original sound, were named as specific advantages over the competition, but the current blockbusters were omitted. On July 22, 2016, the discontinuation of the service at the end of 2016 was announced.

At the end of June 2015, Vivendi announced that after three months of negotiations it had acquired a majority stake of 80% in the video platform Dailymotion for a price of around 241 million dollars (217 million euros), while the remaining 20% ​​were from the previous owner Orange remained. Just one month later, Vivendi increased its stake to 90%. The purchase of the video platform, which according to Dailymotion will be the second largest after YouTube , is part of Vivendi's digital strategy. A buyer for Dailymotion had been sought in advance: an offer from Yahoo for 300 million dollars, like that from PCCW , had been rejected by the French government.

Vivendi secured 61.7 percent of the shares in the video game manufacturer Gameloft in a hostile takeover in June 2016 and thus controls at least 55.6 percent of the voting rights. 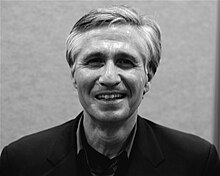 Activision and Vivendi Games announced on December 2, 2007 that they would merge to form the new group Activision Blizzard , thereby overtaking Electronic Arts as the largest distributor of game software. In July 2013 Vivendi reduced its stake in Activision Blizzard from 61 to 12 percent and, after further sales in May 2014, held 5.8 percent of the company's shares. In January 2016 Vivendi sold the remaining shares and is no longer involved in Activision Blizzard.

SFR (originally Société Française de Radiotéléphonie ) is the second largest mobile operator in France. On April 4, 2011 it was announced that Vivendi will buy Vodafone's shares in SFR for 7.95 billion euros and become the sole owner. In April 2014 Vivendi announced the acquisition of SFR by Numericable . Vivendi initially held a 20 percent stake in the merged company, but sold this stake in February 2015.

Maroc Telecom is the former state telephone company of Morocco and with 5.2 million customers (2003) the leading Moroccan provider in the fields of fixed line, mobile phone and Internet. Vivendi held a 53 percent stake in the company. In December 2013 Vivendi announced the sale of the shares in Etisalat .