Wheel axle of a bicycle with inside to outside: ball bearings , race rings (with dust caps), lock nuts (against race rings) and nuts for clamping in the dropout (stationary axle).
The bicycle hub runs between the two ball bearings during operation .

An axis is a machine element that the storage of one or more rotating components such as wheels or rollers is used. "They can stand still so that the machine parts on them rotate, or they can revolve with the machine parts sitting on them. Axles are subjected to bending stress, but do not transmit any torque."

In contrast to the axis , which has a pure support or bearing function, shafts always revolve and also transmit torque .

Front bicycle hub , rotatably mounted on an axle that is clamped in a bicycle fork .

Fixed axes are firmly connected to the machine frame on one or both sides . They are in the majority and are z. B. used in bicycle axles.

Rotating axes are less common. They are connected to self-rotating components and support rotating wheels. The typical example are rotating axles in running wheel axles of railways or planetary gears .

The end of an axle that is offset in diameter is called the axle journal . The shoulder serves as an axial stop (running surface) for wheels with sliding bearings or as an assembly stop for roller bearing inner rings in roller bearings.

A stub axle or stub axle is a short axle piece, e.g. B. the one that is used for the independent suspension of a motor vehicle wheel.

The material inside a solid axle is less stressed than the material on the circumference of the axle. It therefore contributes significantly less to strength. It is not required for a hollow axle . For example, the wheels of sporty bicycles are equipped with lighter hollow axles (which also serve to accommodate a quick release ).

Occasionally, the wheel sets of rail vehicles are also referred to as axles, regardless of whether they are driven or just run along. 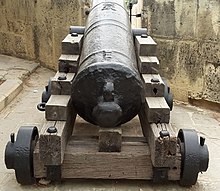 The definition of the motor vehicle axle includes in the original sense the “continuous rigid connection of the opposing rotatable wheels”, whereby the wheels initially rotated around the axis defined above. Today the arrangement of the wheels on separate wheel carriers ( independent wheel suspension ) is also referred to as an axle .

The number of axles is a distinguishing feature of two-track vehicles : The two-wheeled cart is a single-axle vehicle. A car with four wheels and a car are two axes . Multi-axis is often found in commercial vehicles ( buses , trucks ) and rail vehicles ( railways and trams ).