Albert "Ali" Beier (born September 28, 1900 in Lokstedt , today in Hamburg , † September 21, 1972 in Hamburg) was a German football player . He played in the position of right- back . His way of playing was considered very physical and robust.

Beier began his football career at Eintracht Lokstedt. After four years at FC Union 03 Altona , he finally moved to Hamburger SV in 1921 . He achieved his first success with the Hanseatic League in 1922 when he won the North German championship and reached the final of the German championship . After two draws against 1. FC Nürnberg , this was rated on the green table in favor of HSV, but the latter waived the title. 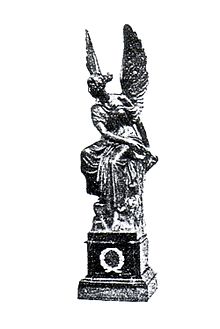 For the international match on December 14, 1924 against Switzerland (1: 1), he was appointed to the German national football team for the first time . In the following years, however, he was unable to establish himself in the national team, mainly because Germany also remained without a win in its next three appearances.

In 1928 Beier returned to the national team and was used in both games of the Germans at the Olympic football tournament in Amsterdam (including the 1: 4 against Uruguay).

In 1929 he had his last international match for the time being in the 2-1 victory over Italy , as he was ousted from his position by Franz Schütz . He had his eleventh and last appearance in the national team in 1931, in the 6-0 debacle in Berlin against Austria .

At the club level and in the North German selection, however, things went better for Beier. In 1930 he won the national cup for the second time (2-0 against Brandenburg), with HSV he was again three times in a row north German champion between 1931 and 1933, at the German championship finals he failed all three times prematurely with HSV. With the restructuring of the league system by the National Socialists, the successful phase of the HSV also ended. Beier ended his career in 1933 when HSV announced in a letter that he would no longer be considered in the league team for reasons of age. Beier played a total of 27 games in the German championship finals and 28 games for the selection of Northern Germany, 19 of them in the national cup.