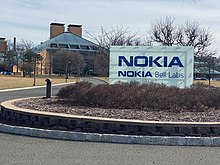 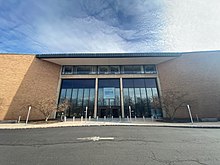 The Bell Laboratories (also Bell Labs , formerly Bell Telephone Laboratories , shortly BTL ), the former research department of the telephone company AT & T , in which numerous during the 20th century, important breakthroughs in telecommunications technology , mathematics , physics , materials science , and computer science have been achieved. Nine Nobel Prizes and several Turing Awards have been presented for research carried out at Bell Laboratories .

In Development, the largest division, the hardware and software were developed with which the telecommunication network of the Bell system was built. 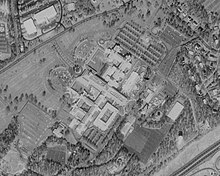 Bell Telephone Laboratories Inc. was founded in 1925 by Walter Gifford (later President of AT&T ) as a separate unit for the research and development work of Western Electric . Frank B. Jewett became the first president . Western Electric and AT&T were equal shareholders. The main task was to develop central offices for Western Electric that were sold to companies using the Bell Telephone System.

Military projects, such as the construction of the Nike rocket , were later supported.

In 1996, AT&T spun off Bell Labs, along with most of the equipment manufacturing, into the new company Lucent Technologies . AT&T retained a smaller number of researchers, which formed the AT&T Laboratories .

With the takeover of Alcatel-Lucent by Nokia in 2016, Bell-Labs also joined Nokia.