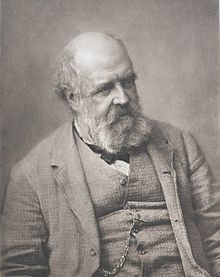 At the age of 19, Armitage became a student of the history painter Paul Delaroche in Paris ; He made his successful debut in 1842 with a "bound Prometheus".

Back in London, Armitage was instrumental in decorating the buildings of the British Parliament . In 1845 three of his works ("Landing of Caesar in Britain", "Spirit of Religion", "Battle of Meanee in East India") were awarded prizes.

In 1848 Armitage participated in a large exhibition of the Royal Academy of Arts with several works; one of his most important was his portrayal of the "Battle of Trafalgar". In 1852 he created the pictures "The Thames with its tributaries" and "The Death of Marmion" on behalf of the British Parliament. The following year, on February 3rd, he married the artist Catherine Barber in London .

In 1855, during the Crimean War , Armitage toured Asia Minor and the Crimea , visited the British troops and was also close to some skirmishes. From his experiences later at home a. a. "The guards at Inkjerman" and "Cavalry attack at Balaklava".

On December 23, 1872, Armitage was accepted as a member of the Royal Academy of Arts . As a member, he regularly gave lectures there for the specialist audience, but also lectures for art students and interested laypeople. He resigned in early 1894 and Armitage gave his last lecture in May of that year. He retired to Tunbridge Wells, where he died of pneumonia four days after his 79th birthday on May 24, 1896 . He found his final resting place in Hove Cemetery .

Attention! The whereabouts of the paintings and collections refer to 1889. They may be at a different location today.
as a painter