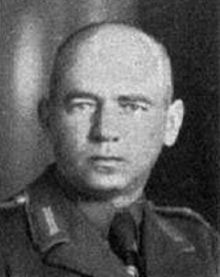 After attending grammar school , Fröhlich did military service as a one-year volunteer ; then he worked as an agricultural officer. In 1913 he settled as an independent farmer in Ahnsen (Vollhöfner). From 1914 to 1918 he took part in the First World War, in which, according to the Reichstag Handbuch, he was awarded the Iron Cross of both classes and wounded became a prisoner of war.

From 1932 until the dissolution of this body in autumn 1933 Fröhlich was a member of the Prussian state parliament . He then sat from November 1933 as a representative of constituency 15 ( Gau Ost-Hannover ) as a member of the National Socialist Reichstag . On July 16, 1937, he resigned from the Reichstag; Curt Wiebel moved up for him .

The following important information is missing from this article or section:
Reason for leaving the Reichstag after 1938
Help Wikipedia by researching and pasting it .