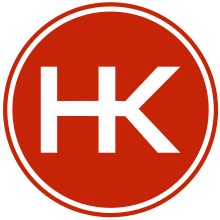 Handknattleiksfélag Kópavogs (HK) is a football club from the city of Kópavogur in Iceland . The association was founded in 1969. In addition to football , basketball , handball , table tennis and volleyball are also played in this club . In 2006 the football team rose to the highest Icelandic league - the Landsbankadeild  - for the first time. In 2008 they went down again to the 1st deild karla.

The HK Kópavogs men's handball team won the Icelandic championship in 2007 and 2012.

Clubs in the Icelandic Pepsideild 2019