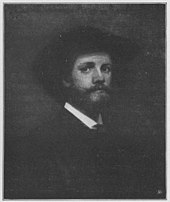 Hans Kugler was the youngest son of the art historian and poet Franz Kugler , who was a high official in the Prussian Ministry of Culture, and his wife Clara (née Hitzig, 1812–1873) a daughter of the criminologist Julius Eduard Hitzig . His brother was the later historian Bernhard von Kugler . The family was friends with Theodor Fontane . Kugler studied at the Grand Ducal Saxon Art School in Weimar with Arnold Böcklin . He was very chronically ill all his life. After the father's death, the mother moved to Munich with her sons Bernhard and Johannes. In 1863 Kugler went to Rome with his friend Adolf von Wilbrandt , where he worked until 1864. He then returned to Munich. 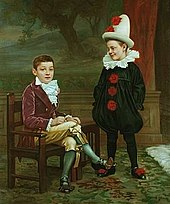 In the early 1860s he belonged to a circle of friends with Wilbrandt, his brother-in-law Paul Heyse and the painter Ludwig von Hagn , which also included Franz von Lenbach and Böcklin. A well-known portrait of Lenbach came from him. The painter friends kept in close contact with the art collector Adolf Friedrich von Schack . Above all, Kugler succeeded in convincing the collector of Böcklin's work.

After the death of her daughter Margarethe in 1862, Clara Kugler moved into the house of her son-in-law Paul Heyse to look after him and the grandchildren. Hans Kugler, who was cared for by his mother, also moved there. At the beginning of December 1873 he made a seemingly successful suicide attempt by mixing and drinking a drink made from morphine and sleeping pills, whereupon his mother Clara took her own life. Ten days later, Kugler ultimately died as a result of his suicide.