This article is about the person. For the city, see Juan José Castro (City) . 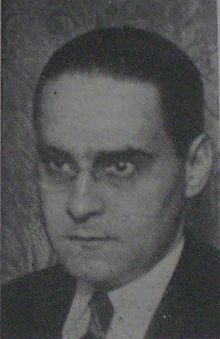 Castro was a student of Manuel Posadas , Constantino Gaito and Eduardo Fornarini . In the 1920s he completed his training in Paris with Vincent d'Indy and Édouard Risler . In 1925 he returned to Buenos Aires, where he mainly worked as a conductor. He founded the Sociedad del Cuarteto and the Orquesta de Cámara Renacimiento . In 1928 he conducted the Argentine premiere of Manuel de Falla's El amor brujo . In 1929 he joined the Grupo Renovacion and was director of the orchestra of the Teatro Colón (until 1943). From 1939 to 1943 he was a professor at the Conservatory of Buenos Aires.

Castro's international career began in the 1940s when he conducted in the United States, Mexico, Peru, and Chile. Since the 1950s he has also performed in England, Switzerland, France, Spain, Norway and Finland, as well as in Australia and New Zealand. In 1955 he returned to Argentina, where he directed the national symphony orchestra until 1960.

His compositions include operas , a ballet , symphonies and chamber music works. His brothers José María and Washington Castro were also known as composers.