The List of United States Senators from Connecticut lists all the people who ever for this state of the US Senate have listened to the Senate classes sorted. One class shows when this senator will be re-elected. The elections for the class 1 senators were last held in November 2018; the class 3 senators were last re-elected in 2016. 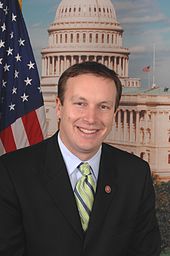 Connecticut has 29 class 3 senators to date .

Members of the United States Senate