Morphing is a computer-generated special effect in sound or image recordings. During morphing, intermediate transitions are calculated between two individual images or two sounds.

In contrast to cross-fading , morphing transforms one image into another through the use of additional targeted distortions . One tries to create the most realistic transition possible from a source image to a target image. The typical morphing process therefore consists of selecting distinctive image elements (e.g. facial features such as mouth and eyes or the edges of objects) in the source and target images and distorting them in such a way that their contours can be matched. In order to achieve effects that are as realistic as possible, it is important that the source and target image do not differ too much from one another; for example, it is easier to transform one human face into another human face than it is into the image of an iron. Played as a film , these images give the impression of a constant transformation.

Morphing is mainly used in the film industry. In 1985, this technique first became known to a broad audience through the award-winning music video Cry by the band Godley & Creme (Ex 10cc ). The first film in which the technology was used was The Flight of the Navigator from 1986. The technology finally became very well known in 1991 through the video clip for Black or White by Michael Jackson , in which people of different origins, skin color and appearance in a running movement were transformed into one another. In the video clip for the song Who am I? (What's my Name?) By hip-hop singer Snoop Doggy Dogg , who appeared in 1993, the rap star turns into a Doberman and other dogs into dark-skinned people. In the music video of the song Brand New by the German indie pop band 200 Things , published in 2005, the blonde singer transforms into a tiger and back again.

In the past, film transitions had to be created by frequently building up and photographing a scene ( slow motion capturing ) in conjunction with complex film cuts. Due to the constant increase in computing power , the film industry has increasingly switched to developing films with the help of digital technology (computers and digital image processing programs). Image transitions are no longer implemented with slow motion, but with morphing. In the early days of morphing, simple and unrealistic effects such as cross-fading (slow cross-fading of the RGB values ​​from the original image to the target image) and fading (slow fading in and out of the RGB values) were used.

Other areas of application for image morphing outside of the film industry are, for example, the use of morphing in biology and chemistry to change models , or in criminology to search for missing people. In the latter case, old photos of these people are changed by morphing to adapt the appearance of these people according to their age.

When morphing sounds, intermediate steps are also calculated so that the output sound slowly changes to the new sound via the newly generated intermediate sounds.

Warping is the rotation and distortion (stretching or stretching) of an image. A new position is assigned to each position of a point in the source image. This new position is dependent on the selected, distinctive picture elements already mentioned above, which are later referred to as reference line pairs. 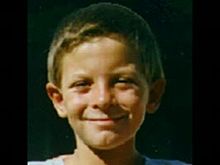 Prevention of morphing in passport photos

At the beginning of 2020, it was planned in Germany that when applying for an identity card or passport, the passport photo would have to be taken directly from the competent authority under the supervision of an official in order to prevent fraud by morphing passport photos. Criminals could use this method to generate a common passport photo from photos of two different people, which consequently contains the facial features of both people. Because the facial features and prominent areas match, the ID card can theoretically be used by both people for identification. Following criticism from photo studios, the Federal Ministry of the Interior would also like to allow passport photos from photographers in the future if these are transmitted to the authority securely online. The official approval of trustworthy photographers for such shots is also under discussion.