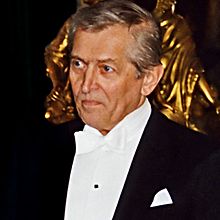 Hiolski took singing lessons from Helena Oleska and Adam Didur in his hometown and made his radio debut in 1941 with songs by Jan Gall , Stanisław Niewiadomski and Stanisław Moniuszko . He made his stage debut in 1944 at the Stary Teatr as Janusz in Monioskos Halka . From 1945 to 1956 he was a soloist at the Silesian Opera in Bytom, then at the Teatr Wielki in Warsaw.

Hiolski's repertoire included operas from the baroque to the modern. He appeared in Mozart's Don Giovanni and Marriage of Figaro , Claude Debussy's Pelléas et Mélisande , Krzysztof Penderecki's The Devils of Loudun and Luigi Dallapiccola's Il prigioniero . He was also an important singer of cantatas, oratorios and lieder. He has appeared at international music festivals such as the Berliner Festwochen , the Edinburgh Festival , the Salzburg Festival , the Holland Festival in Amsterdam, the Wiener Festwochen , the Brucknerfest in Linz, the Prague Spring and the Warsaw Autumn , and has appeared at operas such as the Teatro alla Scala in Milan, the Teatro San Carlo in Naples, the Teatro Colón in Buenos Aires and the Theater Bonn and made appearances on radio and television. For his achievements he was awarded the banner of work first and second class, as well as the knight's, officer and commander's cross of the order Polonia Restituta .