The longer the exposure, the clearer the traces of light from the car headlights become. 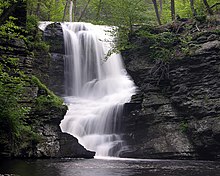 Freezing a movement with an exposure time of 1/2000 seconds 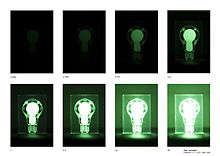 Influence of the exposure time

The exposure time can range from fractions of a second to hours, depending on the technology used. For extremely short times (less than approx. 1/5000 s) we speak of short-term photography , for times of over approx. 5 s we speak of long-term exposure (especially for night photos, microscopic photos, astrophotography). The short-term effect must be observed for very short exposure times , and the Schwarzschild effect for very long exposure times, especially when taking pictures on film .

Exposure times that are too long can lead to blurred (“shaky”) images. The exposure time required for a sufficiently sharp result can be extended by various measures: use of a tripod , shorter focal length of the lens, image stabilization or lower resolution of the image . The longer the focal length of the lens, the smaller the image angle shown and the greater the influence of a change in the angle of the camera within the exposure time.

If you have a very steady hand, you can still manage 1/10 to 1/20 of a second with a short focal length, especially with a touch shutter release . Several shots allow you to choose the sharpest. Without a tripod, it is useful to press your upper arms tightly against your body and briefly hold your breath when the trigger is released . With the camera on it, exposure times of over 1 second are possible.

The motion blur increases as does the risk of blurring with long exposure times , long focal lengths (and high format factors (crop factors) with the same focal length).

In addition to the f-number, the exposure time is the most important means of creating photographic works. It determines whether the propeller of an aircraft is shown as a blurred circle (longer exposure time) or as a propeller that appears to be stationary (short exposure time) (see also motion blur ). Conversely, desired apertures (in particular to create a certain depth of field ) generally enforce certain exposure times. Exceptions can be made by using special film sensitivities or gray filters .