Three farmers on their way to the dance

Three farmers on the way to dance (in the American original Three Farmers on Their Way to a Dance ) is the 1985 published the first novel of the American author Richard Powers . The title of the novel is derived from August Sander's photograph Young farmers in Sunday best, Westerwald , which is the focus of the plot. Three different storylines, which are set in different epochs, are related to the photo in different ways in the novel. Three farmers on their way to dance received the Rosenthal Award , establishing Powers' success as a writer. In 2011, S. Fischer Verlag published the book in German for the first time to mark its 125th anniversary.

Three farmers on the way to dance links three different storylines in a complicated way, two of which are set in the present and one in 1914 and the following years. The connections on the plot level only become apparent towards the end of the novel. The storylines are strictly separated from each other in individual chapters and alternate regularly.

The novel begins with a first-person narrator known only as P. While passing through, he visits an art museum in Detroit and sees a photo by August Sander from 1914 showing three young farmers from the Westerwald on their way to a dance event. The narrator is very impressed by the picture and begins to research Sander and his work. Gradually he developed an obsession and withdrew more and more from his everyday life in order to deal only with the photo and the historical background. The plot level in this narrative thread fades into the background as the novel progresses; the narrator's texts become more essayistic and deal in excursions with various topics such as the properties of history , photography as well as technical progress and art in general. A few more subplot strands are woven in, so the biography of Henry Ford takes up a larger space.

German soldiers in a gas attack in Flanders

The second storyline tells the story of the depicted farmers themselves. It begins with their way to village dance some time before the outbreak of the First World War , where they meet August Sander and the photo is taken. In the following, fictional biographies of the three are told. The youngest of the peasants was shot by accident shortly before the outbreak of war; the second is fighting with conviction on the German side in Flanders . After conquering a small town and massacring the population, he eventually loses his mind and deserted. While trying to escape from the city, he is shot by German soldiers. The third farmer escapes direct combat operations as a journalist and photographer through a fraud and survives the war. His life again overlaps with that of Henry Ford, who is ultimately indebted to him and wants to secure the financial livelihood of his descendants.

The main character of the third storyline is Peter Mays, a young IT journalist from the eighties. Like the narrator, he neglects his everyday life in order to go on a search: out of the window he sees a young woman whom he wants to find again at all costs. She turns out to be an actress for Sarah Bernhardt . In the search for this woman, Mays also has a connection to the Sander photo, in which he finally recognizes one of his ancestors.

Three farmers on their way to dance is rich in quotes, most of which come from contemporaries of the three young farmers, such as Marcel Proust , Max Planck or Walter Benjamin . Their models of thought are partly taken up again directly in the essays of the first-person narrator; in the case of Sarah Bernhardt and Henry Ford, there are also lengthy biographical digressions, some of which are interwoven with the fictional novel plot. 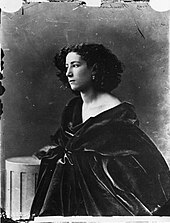 At the time of writing, Powers was living as a programmer in Boston . During this time he dealt intensively with the biographies of Henry Ford and Sarah Bernhardt, as well as the writings of Walter Benjamin and literature about the First World War and modernity . He saw Sander's photography for the first time at an exhibition at the Museum of Fine Arts and, according to his own account, experienced a key moment similar to that of the later narrator of the novel (who, however, encountered the picture in Detroit). He took a vacation and began working on the novel, the focus of which is the photo and which his reading also influenced heavily. Powers himself sees the photo as a symbolic image for the entire 20th century. In Boston it was exhibited under the title Young Westerwald Farmers on Their Way to a Dance, 1914 . The word dance connects Powers with the First World War, before which he places the picture.

In German-speaking countries, photography is known as the young farmers and is Sander's best-known and most frequently reproduced work. In the absence of an exact date, it is not known whether it was created before or after August 1, 1914, the day Germany declared war on Russia. The photo has a distinct history of its own reception. John Berger devoted a detailed analysis to the picture in his volume The Life of Art or the Art of Seeing . Nothing is known about the three farmers depicted and the background to the creation of the picture, but Powers' descriptions of Sander correspond to his traditional biography and working method.

Three Peasants on their Way to Dance attracted more media attention when it appeared. In addition to receiving the Rosenthal Award, there was also a nomination for the final selection for the National Book Critics Circle Award and a separate mention at the PEN / Hemingway Award . The reviews of the novel have been mostly positive. He was honored several times as a portrait of the entire 20th century. Larry Kart, the reviewer of the Chicago Tribune , certified Richard Powers, then practically unknown, to be an outstanding author. The novel was translated into several languages ​​and established Powers' international fame.