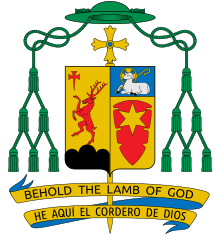 He was ordained a priest on December 19, 1987 by the Archbishop of Oklahoma City , Charles Salatka .

On October 3, 2017, Pope Francis appointed him Bishop of Tucson. The inauguration took place on November 29 of the same year.