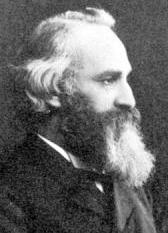 Dawidow was born in the then Russian province of Courland . His studies took him to Moscow to Heinrich Schmidt and to Karl Schuberth in Petersburg , where he studied cello; later he went to the Leipzig Conservatory , where he completed his training with Friedrich Grützmacher in 1859. From 1860 to 1862 Dawidow was his successor as solo violon cellist at the Leipzig Gewandhaus and also as a cello teacher at the conservatory until he returned to Russia in the early 1860s. From 1862 to 1882 he held the position of solo cellist at the Imperial Theaters in St. Petersburg and took over a professorship at the St. Petersburg Conservatory . From 1876 until his retirement in 1887 he was the director of this conservatory. In the eyes of his contemporaries he was valued primarily as a cellist and director of the Conservatory. Tchaikovsky called him the “Tsar among cellists” and also dedicated his “ Capriccio Italy ”, op. 45 , to him . Dawidov's own works were less popular.

His compositional work includes instrumental concerts primarily for cello, ballads , songs , but also works for strings and piano. Dawidow also began to compose an opera, probably due to lack of time he left it unfinished. He gave the libretto to Tchaikovsky, who used it for his opera “ Mazeppa ”. He also wrote a violoncello school. One of his best-known works was the salon piece “Am Springbrunnen”.

A Stradivari cello was named after Dawidow .

In 2009 the cello concertos 3 and 4 could also be played for the first time after finding the sheet music for these works after a long search. These two CDs made Dawidow a little better known in German-speaking countries.

and numerous other solo and salon pieces for violoncello, as well