Disease prevention (in short: prevention ) tries to maintain or improve the state of health of the population, population groups or individuals. The corresponding branch of medicine is called preventive medicine . In dentistry and oncology in particular , the term prophylaxis is used synonymously with prevention (from ancient Greek προφυλάσσω prophylásso , German 'to exclude from the start' ). The national expert standards for the promotion of care quality developed by the German Network for Quality Development in Nursing also contain this term instead of prevention .

The central strategy of prevention is to suppress or completely eliminate the trigger factors of diseases. As a rule, prevention is not only understood as a task of medicine, but takes place on an interdisciplinary basis with the participation of psychology, sociology and pedagogy. Preventive measures are long-term and aim at long-term changes in attitude, experience and behavior.

Medical preventive measures are based on ethical norms as well as economically: Individual suffering should be prevented as far as possible, people's quality of life should be improved and life itself should be extended. At the same time, prevention is intended to reduce the (individual as well as society as a whole) economic burden for medical treatment that then becomes unnecessary.

Prevention can be broken down in several ways:

However, one can also find certain overlaps between these classifications.

A distinction must be made between the concept of prevention and the concept of health promotion , which is much more recent ( Ottawa Charter of the WHO , 1986). While prevention is about reducing and avoiding risk factors, health promotion aims above all to increase protective factors and to strengthen healthy living conditions (including its economic, cultural, social, educational and hygienic aspects). Antonovsky's salutogenetic model assumes that there is a continuum whose poles are health and disease, the so-called G / K continuum.

Prevention and health promotion complement each other and have the common goal of improving and maintaining health.

Differentiation according to the point in time (Caplan)

Disease prevention usually begins before a disease occurs and is different from curation or therapy . As early as 1964, Gerald Caplan distinguished between three types of prevention (primary, secondary and tertiary prevention). Marc Jamoulle added that of Quaternary prevention to this concept in 1986.

Secondary prevention starts at the early stages of a disease. It is used for the early detection of diseases and the containment of their progression ( progression ) or the chronification of the disease. The pathogenetic process has already started here, often without any noticeable symptoms of the disease. The target group are people who participate in the preventive measure as healthy or symptom-free, but who become patients through the diagnostic measure. Examples are the mass screenings in the field of breast cancer or colon cancer , but according to Hurrelmann also programs for young people who have already had contact with drugs in order to prevent addiction or addiction. Example is z. B. the BZgA campaign “Alcohol? Know your limit".

Tertiary prevention takes place after acute treatment or the manifestation of a disease. It is intended to prevent consequential damage and relapses. It is aimed at patients with chronic disabilities and those undergoing rehabilitation . An example here is the prevention of kidney failure in insulin-dependent diabetes . The concept of tertiary prevention is largely the same as that of rehabilitation when applied to entire populations.

The quaternary prevention is the prevention of unnecessary medicine and of excess medication to the target on the principle of " primum non nocere ". Older people in particular are affected as a result of multimedia .

The terms and names vary. For example, Korte also spoke of prevention, intervention, and post-intervention.

In a tabular overview with the dimensions "personal" (patient, client, person seeking advice) and "professional" (doctor, therapist, consultant), the four areas of prevention can be presented as follows:

Differentiation according to the starting points of the intervention (Ernst von Kardorff, 1995)

In disease prevention there are both universal strategies that try to minimize risks across the board (vaccinations), as well as target group-specific approaches (with mostly risk-related target group selection). Another distinction is made in the approach of preventive measures. Kardorff (1995) differentiates between behavior and relationship prevention. There are different approaches to achieving change:

The behavioral prevention (also called personal prevention) influences the individual's health behavior or for each individual patient. Through education or information, strengthening of personality, or even sanctions, the individual should be motivated to avoid risks.

The environmental prevention (also called structural prevention), however, has an impact on health or disease, by seeking changes in the living conditions of people (work, family, leisure or environmental conditions) to make low-risk as possible to this. 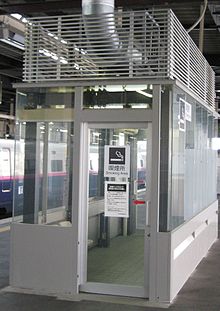 Essentially, all prevention methods can be traced back to the following methods:

Disease prevention is a branch of medicine (preventive medicine), but also affects social and legal framework conditions. Since 2016, the Zurich University of Applied Sciences has offered a bachelor's degree in health promotion and prevention. The interdisciplinary training deals with the question of how the health of the population can be maintained with preventive and health-promoting measures.