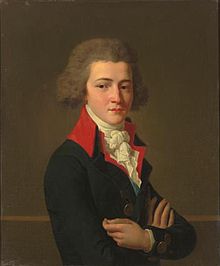 The lieutenant-général was a title in the France of the Ancien Régime . It was led by several senior officers.

In general, this title was conferred by the king on those persons whom he considered to be his deputies in certain functions.

The rank of lieutenant-général does not exist in the French military , or it only existed temporarily in the past. He currently has the rank of Général de corps d'armée (created on March 17, 1921) .

The lieutenant-général de province was usually a person of the high nobility who represented the king in a royal province. His role should be to support the governor, which was purely theoretical.

This post was created by the king only so that the two gentlemen should neutralize each other in order to prevent a possible attempt at rebellion against him.

Created in the 17th century, the post had become a pure, well-paid honorary position by the end of the 18th century. The owner of the title resided at court and contented himself with taking in the income instead of struggling with real work. What is more, the kings began to pass on the posts of the fathers to the sons, which is why the lieutenant-général de province became a kind of inheritance in the affected noble families.

The Lieutenant-général de bailliage or sénéchaussée was appointed to advise the bailli or sénéchal on legal issues.

The title of Lieutenant-général du royaume (Lieutenant General of the Kingdom) was only temporarily granted by the King. In the event of a crisis, he should be able to represent the king as a high-ranking personality with a respected name and sufficient authority.

The following were entrusted with the title:

During and after the revolution

On February 25, 1793, the lieutenant-général was converted to a military position. It concerned a general de division in his capacity as commander of an army corps. From King Louis XVIII. abolished on March 16, 1814, it was reintroduced by Napoleon during the reign of the Hundred Days and lasted until February 28, 1848. The rank of Général de corps d'armée was then introduced for the commander of an army corps .