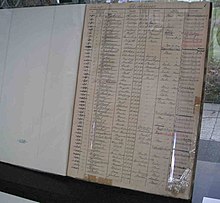 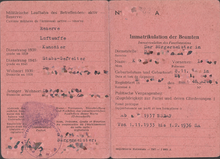 Enrollment card for a civil servant in Rhineland-Palatinate with notes on the decision of the French clean-up commission, outside 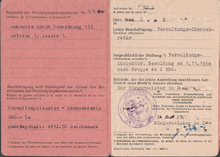 Inside and insert sheet

A matriculation (master role) is a public directory . The term is derived from the Latin matricula (list, scroll).

Historically, the meaning goes back to the Metroon in Athens. The Athenian State Archives were kept in this temple of the Mother of Gods .

The terms matriculation and de- registration are derived from this.