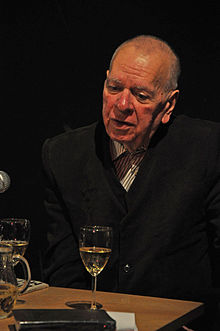 Milan Uhde grew up in Brno and studied Russian and Czech there. Until its dissolution in 1970 he was the editor of the cultural revue Host do domu , after which he worked as a freelance writer. In 1972 he was banned from publishing. In 1977 he signed Charter 77 .

After the Velvet Revolution he became Minister of Culture of Czechoslovakia in 1990, President of the Czech Parliament in 1992 and Chairman of the ODS faction in 1996 . After the split of the ODS in 1997 he moved to Unie svobody - Demokratická unie (Freedom Union). Since 1998 he has been independent and a freelance writer again.

The two dramas König Vavra and Nonstop-Nonsense (1965) appeared in German. In: The garden party . (Anthology of the Czech Theater from approx. 1948–1989.)