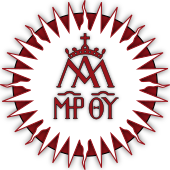 The Piarists (derived from Latin pius “pious”, for example “the pious”) are members of the Catholic male order of the Ordo Clericorum Regularium Pauperum Matris Dei Scholarum Piarum ( order abbreviation : SP ). Its members are mainly priests who work in education and school service.

The Piarists go back to a founding of the Spaniard, St. José de Calasanz (* 1557, † 1648 in Rome ). In 1597, Calasanz, later canonized, built the first free school for poor children in rooms belonging to the monastery of the Church of Santa Dorotea in the poor Roman district of Trastevere . On March 6, 1617, a new congregation was brought into being in the Church through the Breve Ad ea per quae of Pope Paul V. It was the Pauline Congregation for the Poor of Our Lady of the Pious Schools ( Latin Pauperum Matris Dei Scholarum Piarum ).

After the death of Pope Paul V, José von Calasanz found in Michelangelo Cardinal Tonti a colleague for the establishment of an order. On November 28, 1621 Pope Gregory XV. the Pauline Congregation on the Order through the Bull In Supremo Apostolatus . The constitution was approved a little later, on January 31, 1622 .

The order has been active in Italy and Spain (Italian Scolopi , Spanish Escolapios ) since it was founded. Already nine years after the license to practice medicine, the first location north of the Alps was in Nikolsburg (Mikulov) in Moravia ; from 1689 branches followed in Austria , Bohemia , Hungary and today's Slovakia and Poland . In the 18th century the order ran 24 high schools in Austria and was the leading school system in the middle education system; his literary activities were particularly recognized.

After the Reich Primary School Act was passed in 1869 , many Piarist schools were secularized from 1870 onwards . Today there are Austrian branches in Vienna (Provinzialat), Horn and Krems .