This article deals with a military rank; for the Turkish personal name see Ataman (name) , for the place in southern Ukraine, see Ataman (place) . 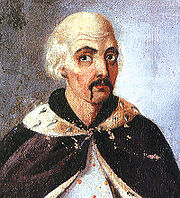 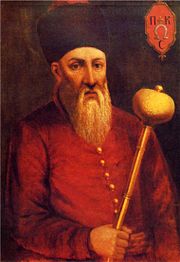 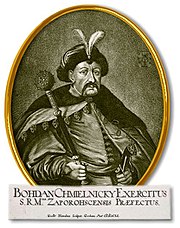 Ataman ( Russian атаман ataman , Ukrainian отаман otaman , from the Turkish noun Ata "father" and the suffix -man "-schaft"; also Turkish: ataman or in Polish hetman ) was the term for a military rank and its free among the Cossacks elected head.

Ataman was the highest rank among the Russian Cossacks. In the case of the Ukrainian Cossacks, this was the Hetman for the Polish-organized Cossacks , while the leaders of the Cossacks living in the steppe consciously called themselves Otaman , in contrast to the Cossack hierarchy in the hinterland .