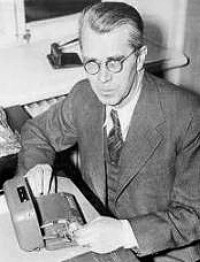 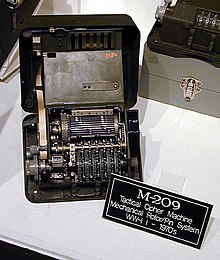 Boris was born in Adschikent (near Helenendorf in today's Azerbaijan ) in the Russian Empire , where his father Karl Wilhelm Hagelin, a close colleague of Emanuel Nobel , the then "Russian Rockefellers", worked in the oil business. The father was the director of the " Naphtha Production Company Gebrüder Nobel" with its headquarters in St. Petersburg and the production facilities in Baku . Boris attended a Russian school in St. Petersburg until 1904. He then went to Sweden's boarding school in Lundsberg and then studied mechanical engineering at the Royal Technical University (KTH) in Stockholm , which he graduated from in 1914. He, too, was scheduled for a career at Nobel in Baku, where he was to manage a power plant that had been ordered from ASEA in Västerås . He was sent here after graduation to acquire knowledge in electrical engineering. Because of the emerging October Revolution in Russia, he stayed with the company in Stockholm for the time being. Because he spoke five languages, he worked in ASEA's international department.

Standard Oil had just bought into high-end companies operating outside of Russia, so in early 1921 Boris moved to Standard's technical office in New Jersey. In his “The History of Hagelin Cryptos”, which he wrote in 1979, he writes literally: “ I had also acquired some inventions in the USA that I was able to exploit and that secured my economic existence until the beginning of World War II .” When he returned, he still hoped to go to Baku. As early as 1922 all hopes were dashed. Emanuel Nobel helped him by financing Boris a small office and providing him with assignments. The most important task that Nobel entrusted him with was overseeing AB Cryptograph, founded in 1915 . Arvid Damm founded this company with the participation of private donors. Damm applied for a patent for his rotor cipher machine three days after Hugo Alexander Koch on October 10, 1919 in Germany. When the company ran out of capital in 1921, Nobel and his father participated financially, believing that cipher machines could play a role in sensitive correspondence. Damm had succeeded in arousing the interest of the major radio companies in his machine, which was designed for wireless telegraphy. Because the prototypes were to be built in Paris, Damm moved to France in 1925. Hagelin now also took over the technical management. The designer CA Lindmark worked in the company, who was already employed there before Hagelin's entry into AB Cryptograph and who later made “significant contributions” to the construction of the first C machines.

In 1925 Hagelin heard that the Swedish General Staff had received an Enigma machine from a German company for test purposes. (In 1924 Arthur Scherbius exhibited his Enigma-A at the Universal Postal Congress in Stockholm.) He succeeded in convincing the officer in charge that his company already had ten years of experience in the field of encryption machines and that they could therefore build a better machine. At that time, it only had the earlier designs by Arvid Damm, which the authorities had not approved. With the stipulation that the machine to be built should be the same size and be operated in the same way, Hagelin received the order to build a sample machine within six months. Emanuel Nobel provided 500 crowns ($ 134.00) for this.

Hagelin now admits that he had no idea about cryptology at the time and that accepting the assignment was a Vabanque game. On the basis of the “simplified through wheels” invented by Damm, however, a prototype with a keyboard, two through wheels (the progressions of which were controlled by two key wheels with different pitches) and a 25 lamp field that was used to display the Encrypted or decrypted letters served to build within the set deadline. Only letters appeared on the keyboard during encryption, but letters, numbers and characters were printed out during decryption. They named it B-211 and it looked similar to the ENIGMA on the outside. However, AB Cryptograph only received the order from the Swedish armed forces when the war broke out. In the meantime it had become the C36 version that was delivered to the army.

In 1928 Boris Hagelin submitted his patent application in both Sweden and the USA.

Emanuel Nobel had died in 1932 and his heirs were unwilling to continue supporting the company, even though Hagelin himself had worked without pay. So he had to travel across Europe to find buyers. Hagelin also presented his cryptograph in Germany, but it aroused no interest there. The French army was different, but had two conditions: the machine should be able to print text and still be portable. That required a drive. The lamp field, which often caused reading errors, was replaced by an electromechanical type wheel printer , which could be operated by hand in the event of a power failure. A flashlight battery was then sufficient as a power source for the relay encryption matrix. In the private sector, an electric typewriter could be connected for office use. The machine was manufactured in France by LM Ericsson, a subsidiary of Telefon-AB, in Colombes near Paris.

In 1934 Hagelin was asked whether he could construct a printing "pocket device" for the French army: Here he brought in the calculator for the coin changer from an earlier order, which, however, never went into production due to the bankruptcy of the client. His colleague CA Lindmark had become indispensable for the development of the C machine, which was to become the most successful worldwide. This is how the cipher machine presented in 1935 under the designation C-35 was created. With a base plate and protective hood, the apparatus could be strapped to the knee in the field. The Swedish cryptologist Yves Gyldén (1895–1963) was able to achieve a considerable improvement in the C-35, above all with an additional sixth key wheel.

This model C-36 was the size of a lunch box and was called an "epochal invention". Around 500 B211 machines were delivered up to the outbreak of war and another 100 units after the war. General a. D. André Müller the post-war version and, as a cryptologist, made further suggestions for improvement.

Hagelin's father was living in Paris at the time, and Hagelin emphasized that without his financial support and efforts this business could never have been completed. In addition, his father managed to transfer the profits from France to Sweden, which enabled the son to reimburse his father for his expenses. From the rest they set up a modern workshop, and the company was renamed "AB Ingeniörsfirma Cryptoteknik" at the turn of the year 1939/40.

Production in the USA

In 1937 he went to the USA for the first time to present his machine. There they wanted an electrically powered machine. In the summer of 1939 he brought a prototype of the BC machine to Washington, but it was not yet fully developed and was therefore rejected. At the beginning of May 1940 (German troops marched into Denmark and Norway on April 9, 1940) he drove to Washington a third time without an invitation. From Genoa, before Italy declared war, he managed to leave Europe on the last ship. He had two BC machines in his luggage. This time Hagelin received a trial order for 50 portable and upgraded C-38s that were flown from Sweden to Washington. After extensive cryptological tests, the machine was accepted for tactical use (below division level). During this time he seems to have met the world-famous cryptologist William F. Friedman in America , who from 1922 to 1947 was a cryptanalyst in the War Department and with Hagelin until his death in 1969 (quote) “was in constant contact and who gave me all kinds of suggestions ”.

In America, Hagelin's machine went into license production as the M-209 at the Corona plant of typewriter manufacturer LC Smith, with a daily output of up to 500 machines. In the US Navy it was referred to as the CSP-1500 . Hagelin was responsible for maintenance and instruction during the war, so he stayed in the USA until 1944. By the time he returned home, 50,000 machines had been produced, and by the end of the war there were over 140,000.

In Stockholm, too, the company had received orders from various countries during Hagelin's four-year absence under the management of Store Nyberg. From around the beginning of 1941, the Italian Navy used the Hagelin C-38m, a version of the M-209.

Relocation to Switzerland and foundation of Hagelin Crypto AG

Because the Swedish government viewed cipher machines as military equipment and banned their export, Hagelin decided to move to Switzerland in 1948. For a short time he worked with the Swiss inventor Edgar Gretener (1902–1958) on the development of the ETK telex (“single-tone combination writer” with redundant transmission code), which could automatically encrypt and decrypt texts. The collaboration did not last long, so Hagelin decided to manufacture his own teleciphering machine.

The preparatory work was done in the Stockholm workshop and series production was to take place in Switzerland. For this purpose, Hagelin founded Crypto AG in Zug on May 13, 1952 . It was important to him that the name Hagelin is linked to the company name. His only employee at the time, Oskar Stürzinger, played a key role in the development in the following years. Stürzinger was director until he left in 1976. The telecrypto machine model T-52 was the beginning of Swedish preparatory work in 1953/54. Then from 1955 to 1956 the improved T-55 model followed.

Even after the war, the CX-52 was in demand, which in turn had been greatly improved and was manufactured from 1952. From 1957 the pocket size CD-57 was added, which was compatible with the CX-52. These devices have been used by the military, diplomatic services and banks and have been sold in around 120 countries around the world. The buyers had confidence in the devices, comparable to a Swiss bank or the precision of a Swiss watch.

Hagelin's son Boris Jr., who had a fatal accident in 1970, worked as a sales manager in North and South America and was also involved in the development of the post-war CX series encryption devices.

Boris Hagelin died on September 7, 1983 at the age of 91 in the city of Zug in Switzerland.