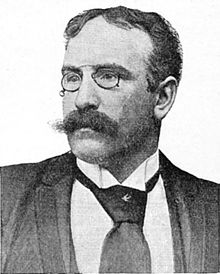 Schaumberg lived for a while in Neuruppin and worked there as editor of the Neuruppiner Zeitung . From 1889 he lived in Munich, where he initially headed the weekly revue Illustrierte Münchener Stadtzeitung . Together with Michael Georg Conrad , Otto Julius Bierbaum and Oskar Panizza , Schaumberg was one of the founding members of the Society for Modern Life and one of the writers of Munich Modernism . In addition to poems, the focus of his work was on the field of theater.