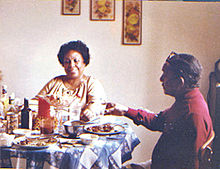 Wiggins studied at the Martin Smith Music School and the High School of Music and Art in New York. From 1942 he worked for Les Hite and then played with Louis Armstrong and Betty Carter . In 1950 and 1951 he accompanied Lena Horne on tours through Europe and played in Paris with Pierre Michelot , Jean Bouchety , Kenny Clarke and Roy Eldridge ( Roy Eldridge and His Little Jazz Vol. 1 , 1950), while making recordings for the Swing label own name. He then led a trio in Los Angeles with Joe Comfort and Bill Douglass , played with Spike Jones (1956-1958) and accompanied Kay Starr and Red Callender . He taught Marilyn Monroe as a singer. From the late 1950s worked in the studios and with Harry James . He recorded with Mary Cole , Paul Horn , Chico Hamilton and Scott Hamilton , and accompanied Eartha Kitt , Dinah Washington and Lou Rawls .

The bassist Hassan Ash-Shakur is his son.