James Dillon Stasheff , called Jim Stasheff, (born January 15, 1936 in New York City ) is an American mathematician who deals with algebraic topology and algebra and their application in physics.

Stasheff studied mathematics at the University of Michigan ( bachelor's degree in 1956, studying with Edwin Moise ) and at Princeton University with John Milnor, among others . With him he wrote lecture notes for his course Characteristic Classes in 1957 , which were first published in duplicate and in 1974 in a revised book with Stasheff as co-author. In 1961 he received his PhD (D. Phil.) From the University of Oxford , where he was with JHC Whitehead and Ioan James (the latter was the supervisor of his dissertation), and later in the same year again at Princeton ( Ph.D. ) with John Coleman Moors . In his memoirs, which appeared on his homepage, he wrote that this mainly happened because his Marshall Fellowship would fund his return trip to the United States if he graduated from Oxford. The topic of the dissertation, divided into two parts, was: Homotopy Associativity of H-Spaces, On Certain Problems in Homotopy Theory . From 1961 to 1962 he was a Moore Instructor at the Massachusetts Institute of Technology . From 1962 he was first assistant professor and finally professor at the University of Notre Dame and from 1970 at Temple University . From 1975 he was a professor at the University of North Carolina .

In the 1960s he wrote fundamental papers on higher homotopy theory and homotopy algebras . In this context he introduced algebras and Stasheff polytopes . 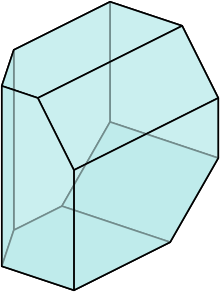 In the 1980s he turned to the applications of characteristic classes and other topological and algebraic concepts in mathematical physics, first in the algebraic structure of anomalies in quantum field theory , collaborating with Tom Kephart and Paolo Cotta-Ramusino, among others. He calls the research area cohomological physics .

He has been married since 1959 and has two children.

He was editor of the Transactions of the American Mathematical Society .