from Wikipedia, the free encyclopedia
This is the spotted version , flagged on May 9, 2020 . There is 1 pending change that has yet to be viewed.

Festival at the University of Michigan Diag 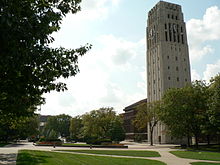 Ann Arbor's landmark: The University of Michigan Burton Tower on the Central Campus 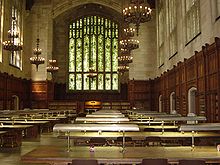 Central Campus: Angell Hall, one of the most important buildings of the College of Literature, Science and the Arts (LSA) 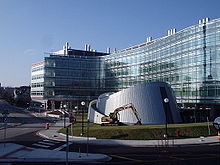 Michigan Stadium: The Big House at a 2010 football game

US President Barack Obama in 2010 after his speech at the closing ceremony in the Big House, accompanied by University President Mary Sue Coleman 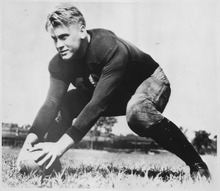 The university in 2012 had a total of 27,979 students study Target Bachelor ( undergraduates ) and 15,447 students study aims beyond the Bachelors ( graduate students ) in 600 courses. Every year around 6,250 new students start their studies. The students come from all 50 US states and more than 100 countries. In a typical year, ninety-eight percent of applicants have a high school grade point average better than 3.0 / 4.0 GPA . Almost a quarter of the new students in 2002 even had a perfect grade point average of 4.0. About 23% of the newly enrolled students are ethnic minorities.

About 65% of the undergraduates are enrolled in the College of Literature, Science, and the Arts (LS&A), while the engineering school accounts for about 20%. Less than 3% are enrolled in the Ross School of Business , named in 2004 after billionaire Stephen R. Ross, who bequeathed $ 100 million to the business school , his alma mater. The rest of the undergraduates study at smaller faculties. Most graduate students are enrolled in Rackham Graduate School, University of Michigan Law School , Ross School of Business, and Medical School . The medical school is part of one of the largest health complexes in the world, the University of Michigan Health System . Other graduate study programs are offered at Taubman College of Architecture and Urban Planning, School of Public Health, School of Social Work, and School of Education. In a recent ranking, more than 70% of the 200 programs offered at the University of Michigan were included in the United States' top ten.

Tuition fees for the 2013–2014 academic year for international students and those US students who are not originally from the US state of Michigan were each over $ 40,500 (out-of-state tuition). For Michigan students, the average tuition was $ 13,800.

The University of Michigan academic units are organized as follows (year of foundation in brackets):

The research institute Center for Ultrafast Optical Science (CUOS) deals with the research and development of femtolasers . The current research project is called Hercules . The institute was founded in 1990 and was supported by the National Science Foundation (NSF) until 2001 .

The University of Michigan has one of the largest library systems in the United States, with over 13 million titles as of 2012. In 2004 it was one of the first university libraries to enter into a cooperation with Google Books to digitize their book collections. In the course of this cooperation, one million works have already been digitized (as of October 2011).

According to the US News & World Report 2015, the University of Michigan also enjoys a reputation as a top American university in the fields of humanities and social sciences such as anthropology, history, political science, psychology and sociology, according to US News & World Report 2015. The Philosophical Gourmet Report (2014–2015) rated the University of Michigan as one of the four best universities in the US and one of the five best in the English-speaking world for philosophy . Especially in the areas of ethics and metaethics , it is considered one of the world's best universities (as of 2014-2015) , not least because of the high reputation of the philosophers Allan Gibbard (cf. Gibbard-Satterthwaite theorem ) and Peter Railton.

The sports teams of the University of Michigan, the Michigan Wolverines , are particularly successful in college football in the NCAA Division I Football Bowl Subdivision and won the first Rose Bowl game as early as 1902 . The Wolverines were last American champions in 1997. The team plays in Michigan Stadium , the largest university stadium in the world, which despite an officially 107,501 seat capacity, is regularly filled with over 110,000 spectators. Michigan Stadium set a record for the largest crowd in the USA on August 3, 2014 when 109,318 spectators attended the test match between the two football clubs Manchester United and Real Madrid, the old record of 1984 at the Rose Bowl in Pasadena (101,799 spectators ) exceeded. On September 8, 2013, this record was topped with 115,109 spectators at the Michigan Wolverines game against Notre Dame.

The other sports teams in the athletics department, with the exception of the women's water polo team, are affiliated with the Big Ten Conference . In basketball, the men became national champions in 1989 by winning the NCAA Division I Basketball Championship and so far (as of 2019) they have reached the Final Four semi-finals eight times .