With 97,386 inhabitants (as of 2016), Flint is the eighth largest city in the US state of Michigan . The city is located about 95 kilometers northwest of Detroit on the Flint River and is the county seat of Genesee County .

It was General Motors' largest production facility for a long time . In the 1980s and 1990s, the production z. Some of them moved abroad, which resulted in the closure of the Flinter locations. With the associated loss of jobs, the decline of the city of Flint was initiated after the automotive industry had already severely damaged the environment in Flint through its activities. More than 26% of the population now live below the poverty line, almost 38% of those under the age of 18 belong to the poor and 40% of the properties have been vacant since mid-2009.

Flint was the city with the highest crime rate in the United States in the period 2010–2012 (including cities with more than 100,000 inhabitants).

The place was founded in 1819 by a fur trader and was elevated to the status of town in 1855. The future governor of Michigan, Josiah Williams Begole , founded a wool mill.

In the course of time, the community has been shaped by various industries: trade, lumber production, carriage production and the automotive industry. Even before Flint became a center of automobile construction, it was one for carriages and wagons, and even before 1905 it had the addition of Vehicle City . The Durant-Dort Carriage Company was the world's largest carriage builder with an output of 50,000 units in 1901.

Flint was the first headquarters of General Motors (GM), for a short time of Chevrolet and was shaped by Buick for decades . The company was brought to Flint in 1904 by James H. Whiting (1842-1919), owner of the Flint Wagon Works . Whiting was a competitor of William C. Durant's Durant-Dort Carriage Company and was still friends with it. He sold Durant his Buick shares in 1904 and thus established the connection between the company and the General Motors Company, which was founded in 1908. The Marquette brand was led in 1912 by the Buick subsidiary Marquette Motor Company and from 1929–1930 as a division of Buick (not of GM). Buick's headquarters were relocated to Detroit just a few years ago. The automakers Dort Motor Car Company , Monroe Motor Company and Whiting Motor Car Company were indirectly linked to GM . After his second disempowerment from GM in Flint, Durant formed Durant Motors Corporation with several brands including Durant and Flint .

In the years 1936/37 the so-called Flint Strike took place here, as a result of which union organization in the US automotive industry increased massively.

During the Second World War the city was an important producer of tanks, aircraft parts and other war material because of the heavy industry.

Since the closure of the major automobile factories and many suppliers, Flint has been portrayed in the media again and again as a cautionary example of a failed industrial monoculture. One of the city's most famous sons is filmmaker Michael Moore , who mentions Flint's poverty in his films Roger & Me , The Big One, and Bowling for Columbine .

From 2011 to 2015, the city was declared a " state of financial emergency ". In April 2014 the water supply was changed to save costs. Instead of coming from Lake Huron near Detroit, the water now came from the Flint River - a river contaminated by the auto industry. At the beginning of 2016, the state-ordered austerity measures in the area of drinking water supply led to a health emergency due to lead poisoning , contamination of the drinking water and other serious pollution - the "Flint water crisis". In total, lead was found in the blood of several thousand people. Estimates put 6,000-12,000 affected children alone. The miscarriages took from 2014 to 2017 in Flint by 58% to (which is several hundred miscarriages). At least 12 people died of legionellosis from the contamination in Flint .

In order to enable the Federal Emergency Management Agency to provide assistance (limited to 90 days) , US President Barack Obama declared an environmental emergency on the affected area on January 16, 2016. During a visit in May 2016, Obama promised the water pipes would be replaced. In his documentary Fahrenheit 11/9, about the 2016 presidential elections and Donald Trump's presidency, Michael Moore devotes an entire chapter to the water supply crisis and lead contamination in Flint.

Since 1980 the city has been steadily losing population due to the economic decline.

Flint has an Amtrak train station and is served by the Blue Water line.

At the southwest end of the city is the Bishop International Airport .

Personalities who worked in Flint 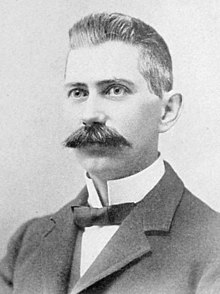